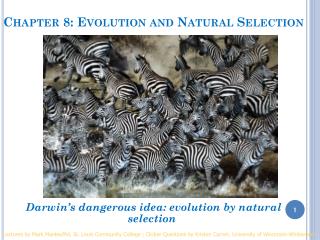 Plant and Animal Adaptations to Fire - . what is evolution??. all changes that have transformed life on earth from its

Chapter 6 - . selection and mutation. adding selection to the hardy-weinberg analysis. if either of the following occurs

Conservation of BIODIVERSITY - . biodiversity can be assessed and conserved at several levels: molecular/genetic (rare

Selective Breeding and Natural Selection - . dna technology. genetic engineering . is the field of science that deals