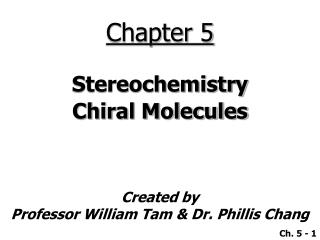 Chapter 5. Stereochemistry Chiral Molecules. About The Authors. These Powerpoint Lecture Slides were created and prepared by Professor William Tam and his wife Dr. Phillis Chang.