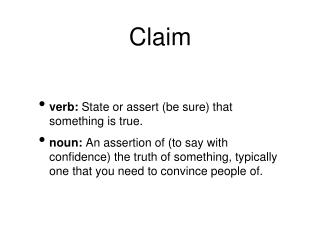 Claim. verb: State or assert (be sure) that something is true. noun: An assertion of (to say with confidence) the truth of something, typically one that you need to convince people of. Claim. Claims are statements that people could argue about.