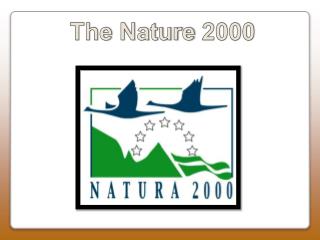 The Nature 2000. What is the Nature 2000?. The Nature 2000 is the program of creation the common system (network) of areas covered with protection of the nature in the European Union countries. The 2000 Election - . by: robyn gaines. bush vs. gore. gore demanded a recount due to ballets being uncounted for in

The AbConstructor 2000 - . ad by: logan doyle. client. my client is heart aero, inc. this client is a national work- out

The Nature Conservancy - . visit nature.org/maryland. our mission. is to preserve plants, animals, and natural

Save the Nature - School-gymnasium №17 by ataturk. save the nature. worked-out by: kenjalieva g. the route of the

The Great Nature - By: parth patel. the great

The Nature of: - . recognizing the importance of plant and soil science. objectives. identify the v arious roles of

The nature of - . …and a history of our attempt to understand it. early 1600’s galileo and the speed of light….

THE NATURE DETECTIVES - . brick investigation. we got a brick and put it in the secret garden. every week we recorded