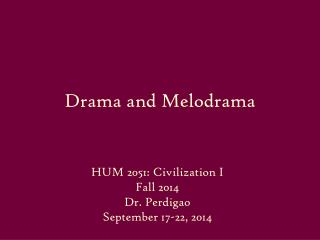 meloDRAMA ! Make up, sound and Light - . danni and grace . light. no electricity so candles were used. 1810 convent

DRAMA AND THEATER - Drama and theater. drama. prose or verse telling a story intended for representation by actors

Drama and Hamlet - . there are three basic elements to drama. dialogue – what characters say to one another. action –

Resources and Drama - . chenzhou may 2014. topics. some simple resources some special tools practice lesson. get to their

Drama and Shakespeare - . drama. a form of literature known as a play. a serious play that concerns the character