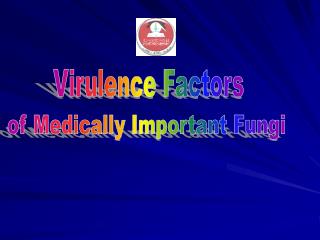 Virulence Ontology effort - . why we need a virulence ontology. there is a lot of effort being expended to characterize

The Evolution of Virulence - . e3: lecture 14. what is virulence?. most generally, virulence is defined as a pathogen’s