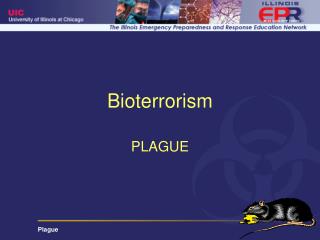 Mathematics and Bioterrorism: Graph-theoretical Models of Spread and Control of Disease - . great concern about the

Bioterrorism and Weapons of Mass Destruction - . john van der steeg md. in peace the sons bury their fathers, but in war