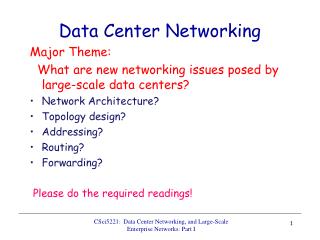 Chapter 24 Internet Networking - . chapter goals. to understand the concept of sockets to learn how to send and receive