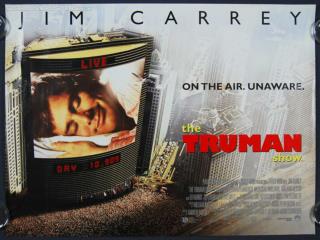 The Truman Doctrine - . the truman doctrine. truman’s advisors believed that u.s.s.r. was exhausted from wwii , but

The Truman Show - . good morning, literary expressions. reminder. essay- choose at least two of the four movies we have

Harry Truman! - . post wwii…what now?. what to do with 12 million soldiers that are being cut to 1.5 million

Symbolism in The Truman Show - . truman he is the 'true man' – the only real person in seahaven (apart from sylvia

The Truman Show (1998) - . jim carrey (star) on the page a text has only words to stimulate the reader’s response. on

The Truman Show and The Search for Truth - . general theory. religions suggest this world is not the “real” world.