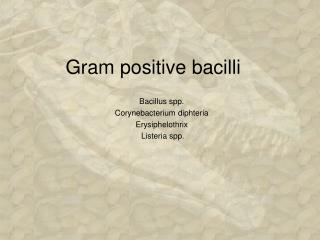 Medically Important Gram-Positive Bacilli - . can be subdivided into three general groups, based on presence or absence