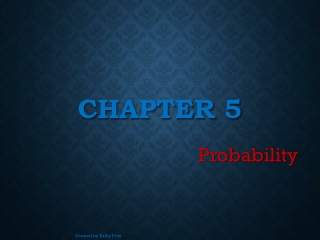 Chapter 5. Probability. Created by Kathy Fritz. Can ultrasound accurately predict the gender of a baby?