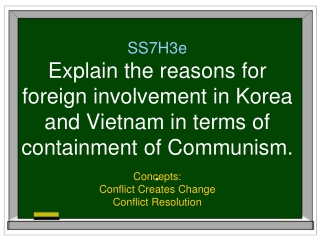 SS7H3e Explain the reasons for foreign involvement in Korea and Vietnam in terms of containment of Communism. Concepts: Conflict Creates Change Conflict Resolution.