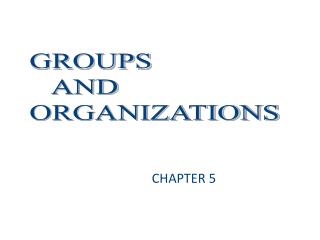 GROUPS AND ORGANIZATIONS. CHAPTER 5. How do groups affect how we behave? Why can “who you know” be as important as “what you know”? In what ways have large business organizations changed in recent decades? . SOCIAL GROUPS