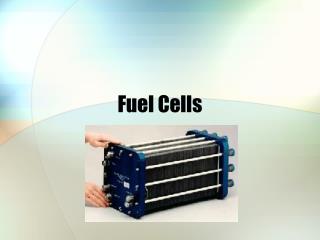 Fuel Cells. Fuel Cell - an electrochemical energy conversion device. To convert the chemicals hydrogen and oxygen into water, and in the process it produces electricity. Battery : the other electrochemical device that we are all familiar.