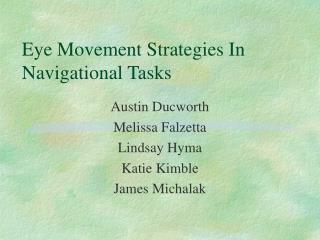 NAVIGATIONAL DUTIES - Duties of the navigator ? background - duties of navigator when out of sight of land will vary

A navigational display should serve these four different classes of tasks: - Provide guidance about how to get to a