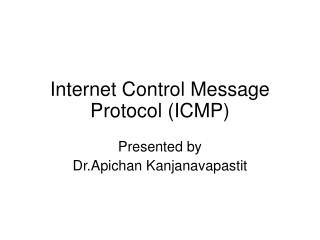 Internet Control Message Protocol (ICMP). Presented by Dr.Apichan Kanjanavapastit. Why ICMP is needed?. The IP protocol is a best-effort delivery service that delivers a datagram from its original source to its final destination