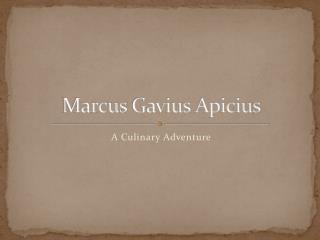 Marcus Aurelius - Look back over the past, with its changing empires that rose and fell, and you can foresee the future,

Marcus Hohlmann - Cosmic rays and air showers. marcus hohlmann. 1- have you ever wondered what you are made off? 2-where

Dr Marcus Bicknell - . proposals from the death in custody group 2018. ‘the degree of civilisation in a society is