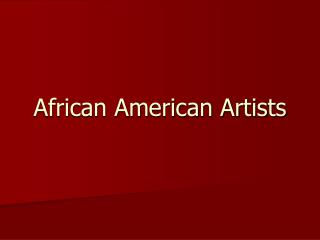 The Rise of African American Artists in the Twentieth Century

African-American Entertainers - . an insight into some of their lives and their influence on african-american culture. by

African American Mortality - . for the 15 leading causes of death in the united states in 2005, blacks had higher death

African American Inventors - . imagine a world without them!. african american inventors. by christel peele and michele

African American Family - Spiritual life. we must avoid the neglect of interior life/spiritual conversion as the primary