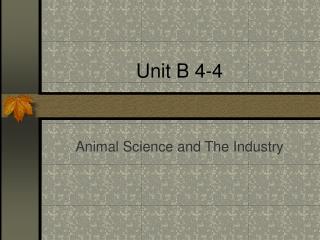 UNIT B-4 - . 1. what is the main purpose of studying the sixteen career clusters?. a. you can explore the wide range of

Unit 4 Part B - . concept: frequencies eq: how do we record and use various types of frequencies? vocabulary: joint

Unit 4 Section B is different - . 1. outline and evaluate the biological approach to explaining smoking behaviour. (4

Unit 4 – Chapter 4 - The events that take place in unit 4 are a sad reminder of how racial discrimination, poor

Unit 4 Week 4 - . sixth grade. 1. which sentence best states the theme of this passage?. a. even people who come from

Unit 4 - . law enforcement contact with african americans professor brown. quiz 1 who is this cartoon character and where Unit 4 - . law enforcement contact with african americans professor brown. quiz 1 who is this cartoon character and where Unit 4 - . e-payment in e-commerce. learning targets. upon finishing learning this unit, you are expected to: UNIT 4 - . the human landscape – who we are the many faces of canada are the faces of the world. introduction.