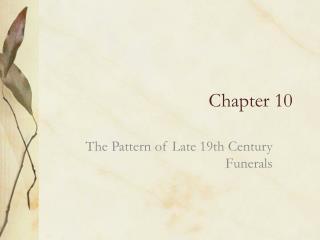 Chapter 10. The Pattern of Late 19th Century Funerals. American Views of Death. America showed wide variations in funeral thoughts and customs… What do you think that the rural areas were like? What about the cities? There is only a small amount of uniformity in death customs: