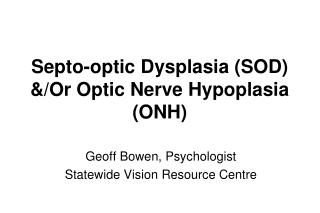 The Eye: Structure - Macro and microscopic. the eye: structure. eyes. protected by bony orbits of the skull send

Glaucoma - . kelli shaon, o.d. glaucoma. progressive optic neuropathy that is characterized by cupping of the optic

The Optic Pathway and the Optic Tract - . rhb 340. the path that the image takes is divided into two parts. the optic

GLAUCOMA - . by akmal asyiqien adnan. definition. group of diseases causing damage to the optic nerve by the effects of