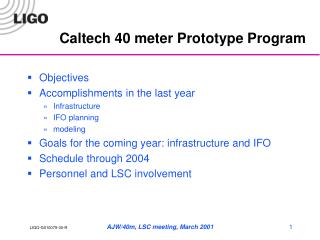 Homodyne (DC) detection experiment at the 40 meter lab - . alan weinstein for the 40m group and advanced