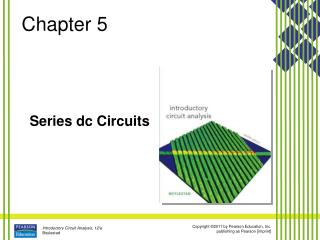 Series dc Circuits. OBJECTIVES. Become familiar with the characteristics of a series circuit and how to solve for the voltage, current, and power to each of the elements. Develop a clear understanding of Kirchhoff’s voltage law and how important it is to the analysis of electric circuits. DC Circuits - . unit 4. review from last unit. let ’ s review some of the major points we covered at the end of last

DC Circuits - +. –. dc circuits. ch. 28. these circuit elements and many others can be combined to produce a limitless

DC Circuits - . resistors in series and parallel. r. a resistor is any circuit element that has electrical resistance

DC Circuits - . october 15, 2008. this is the week that will have been. today complete resistance/current with some