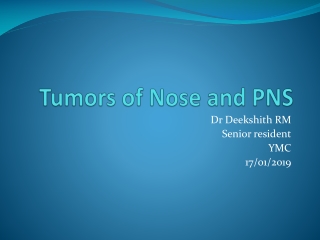 PNS and Transmission - . february 09, 2010. pns. composed of neurons and ganglia. ganglia are swellings associated with

PNS - . assumption that chapter has already been read if you have not read the chapter i strongly suggest you get your

PNS - . composed of neurons and ganglia. ganglia are swellings associated with nerves that contain collections of cell

CNS and PNS - . striatum. the striatum is involved in controlling thought and action it is also involved in registering

Spinal Cord and PNS - . ventricles of the brain. spaces in the brain continuous with the central canal of the spinal cord

The PNS - . objectives : describe the functions of the sensory division of the peripheral nervous system. describe the

Anatomy of Nose and Paranasal Sinus - . by: dr. mohammed aloulah. the nose. the nose consists of the external nose and