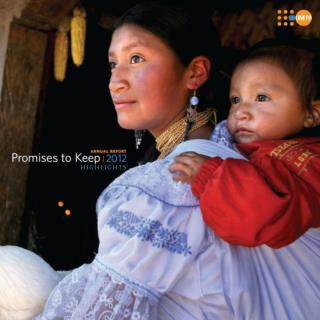 HIGHLIGHTS. “Throughout 2012 UNFPA, with support from its donors, partners , developing-country governments and other stakeholders , advanced its mission to deliver a world where every pregnancy is wanted, every childbirth is safe and every young person’s potential is fulfilled….