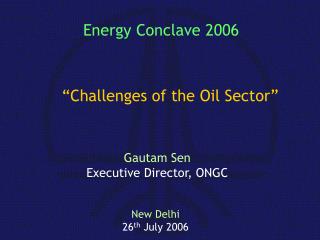 Papal Conclave - . 8 th grades. mrs. rebuck religion c lass. your assignment will be as a news reporter writing an

Logistics Conclave - 2014 - . objective being discussions on opportunities and challenges in different facets of

Conclave 2013 The Contenders - . while we could all be surprised by the nomination of a lesser known catholic male, these