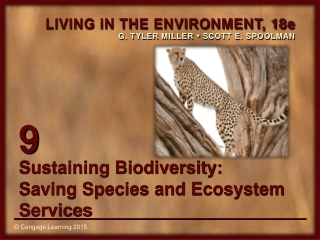 9. Sustaining Biodiversity: Saving Species and Ecosystem Services. Core Case Study: Where Have All the Honeybees Gone?. Bees play a key role in pollination Globally, about one third of the food supply comes from insect-pollinated plants