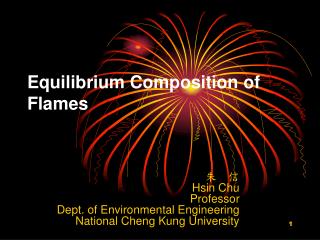 Flames - Pg. the following message contains a discussion of sexual issues. parents may wish to send their younger

Composition of: - . cupric sulfate hydrate. composition of a hydrate. hydrates are: ionic compounds that have water as

Europe in Flames - . opener. when is it alright for a nation to go to war? under what circumstances does a country or

Laminar Premixed Flames - . a flame represents an interface separating the unburned gas from the combustion products. a

What is Flames? - . a physical activity and health programme that inspires, motivates and enthuses children to be active.