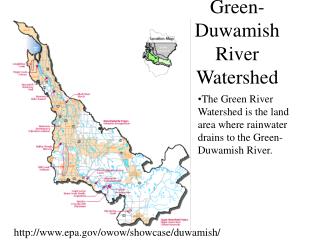 Rocky River Watershed - . is this watershed healthy or unhealthy? if it is unhealthy, what are the main impairments?. by:

Cedar River Watershed - . how much water do you use a day?. quickly answer the handout that you have received with your

CHARLES RIVER WATERSHED ASSOCIATION - . measurement, innovation and environmental protection: getting to flow-trading on

The Leon River Watershed - . water quality: policy and law. who are the tceq, tsswcb, and epa? what is the 303d list?

Connecticut River Valley Watershed - . we are here. the deerfield river meets the connecticut river in greenfield.