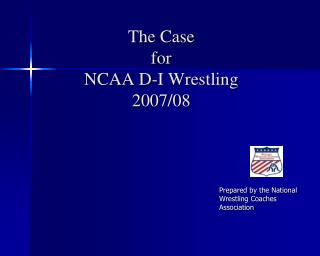 NCAA Division I Newly Adopted Legislation - . agenda review of ncaa division i proposals adopted in the 2010-11

SOME RULES FOR WRESTLING - . jacob didn’t understand what he wrestled with until dawn. his opponent had power at any

NCAA Guidelines for Sophomores - . wbhs. are you interested in college athletics?. all division i and division ii