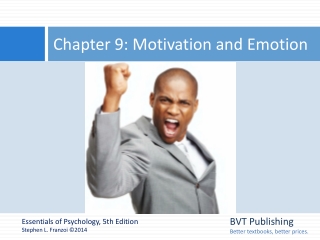 Chapter 10: Motivation and Emotion - . defining motivation, and a model. dynamics of behavior; the ways in which actions

Chapter 9 Motivation and Emotion - . motivation. dynamics of behavior that initiate, sustain, and direct or terminate