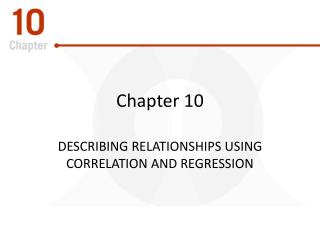 Chapter 10. Describing Relationships Using Correlation and Regression. Going Forward. Your goals in this chapter are to learn: How to create and interpret a scatterplot What a regression line is When and how to compute the Pearson r How to perform significance testing of the Pearson r