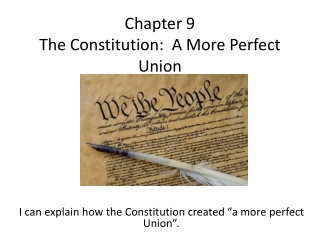 A More Perfect Union: 1777-1791 - . a new plan of government. federalists vs. anti-federalists. as constitution was sent

Government, Citizenship, and the Constitution - . 1787 - present. ideas behind the constitution. ancient roman republic