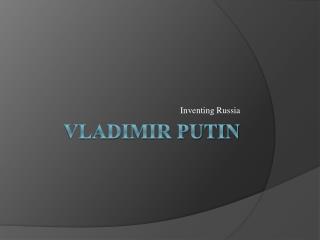 Putin and Obama - And. putin and obama.

Vladimir Kush - . focused on the space in art. this is the departure of the winged ship, . &amp; the