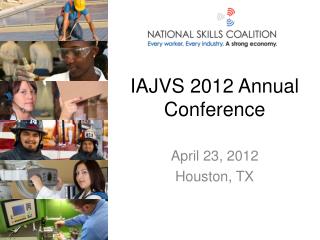 IAJVS 2012 Annual Conference. April 23, 2012 Houston, TX. Our Vision. We seek an America that grows its economy by investing in its people, so that every worker and every industry has the skills to compete and prosper. Our Mission. Welcome to the 2012 ARSL Annual Conference! - . brought to you in partnership with the state library of north carolina .

Annual Conference 101 - . almost everything you need to know about “navigating annual conference”. 2.