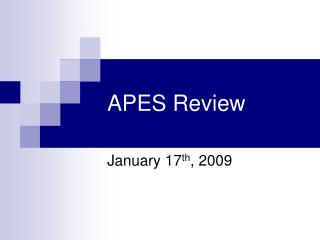 APES REVIEW - . matter and energy in the environment. organization of matter non-living matter atoms, ions, and

APES review topics - . cycles. all nutrients on earth have to cycle: matter is neither created nor destroyed. all

APES REVIEW #4 - . 1) disposal of vegetable and animal waste by natural decomposition is called: a) composting b) surface

APES Flashcard Review - . a resource that is not sustainable because it will be depleted before it can be replenished….

APES year in review - . 2016, the year everyone gets a 5!. ch 1 – environmental science. understand how natural