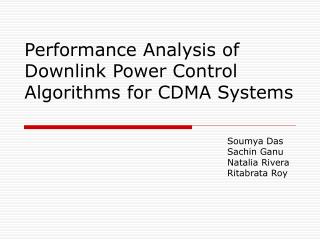 LOS Downlink Systems - . both systems are base upon commercial of the shelf technology. 900 mhz system based upon

CDMA Systems - . how does cdma work?. each bit (zero or one) is spread into n smaller pulses/chips (a series of zeros and