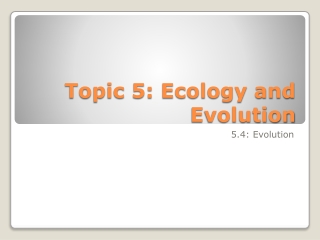 Topic 5: Ecology and Evolution. 5.4: Evolution. Evolution slider. The Big Bang. The Simpsons. Earth’s evolutionary past: Life from more than 500 million years ago was greatly different from life today.