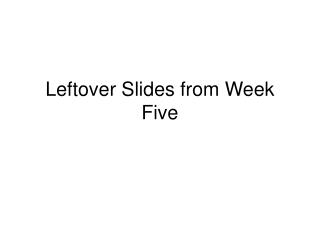 Leftover Slides from Week Five. Steps in Hypothesis Testing. Specify the research hypothesis and corresponding null hypothesis Compute the value of a test statistic about the relationship between the two hypotheses Histology Slides for Special Senses - . slides are presented in order of magnification if different view are presented.