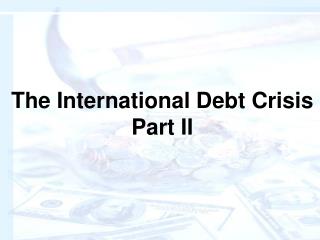 The International Debt Crisis Part II. Emergence of the Debt Crisis. Readings: “The Debt-Bomb Threat” “The Third World Threat to the West’s Recovery” “Austerity Pushes Brazil to the Brink of Social Upheaval” “Assaulting the Heavens: Class Struggle and the Brazilian Debt Crisis”. IP6001 Seminar 1 The Causes of, and Responses to, the Global Financial Crisis - . part one – causes of &amp;