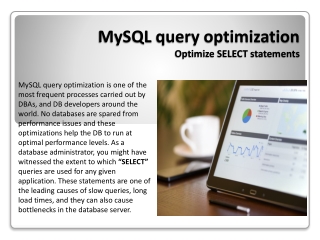 Optimizing the SELECT statements correctly is of utmost importance as they directly correlate with the DB performance. There are many ways to optimize these queries.