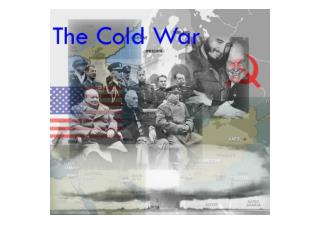 Post WWII and the US. Allied leaders Truman, Churchill and Stalin met in July 1945 at the Potsdam Conference. Germany was divided into four zones. The French, Americans and British united their zones in the West and the Russians controlled the East. Post* WWII and the US - . allied leaders truman, churchill and stalin met in july 1945 at the potsdam conference .

The US and WWII - . chapter 18. the largest conflict the world has ever seen. in many ways a renewal of wwi, it will be

Post WWII - . the cold war and rise of the civil rights movement. questions. what was the “cold war”? how would you

US and WWII - . gov. and industry —ended the depression (demand for labor due to war effort) war bonds —asked america

Post WWII - . containment at home &amp; domestic policies do now: why did the united states intervene is guatemala.

Post WWII - . post war treaties. wwi – wwii – . conferences. during and after wwii a series of conferences were held

Post WWII/Cold War Goals for US - . promote open markets for us goods to prevent another depression promote democracy

The Post WWII World - . part i containing communism. the cold war. what was it &amp; why did it happen? part i. what

The US Enters WWII - . read “the united states musters its forces,” “the great arsenal of democracy,” and “fdr