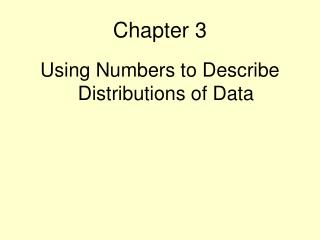 Chapter 3. Using Numbers to Describe Distributions of Data. With one data point clearly the central location is at the point itself. Measures of Central Location . The measure of central location reflects the locations of all the actual data points. How?. With two data points,