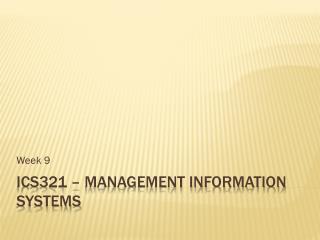 An Overview of Information Processing and Information System Types - . in order to fully appreciate how to develop