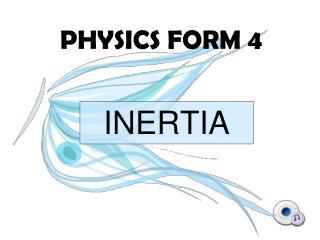 PHYSICS FORM 4 - . inertia. objectives. to know the exactly definition of inertia. to analyze the relationship between

4 FORM - . a funny competition. hello, hello, everyone, i’m nanny shine, hello! come in and get ready, come on,

MATHEMATICS FORM 4 - . angles of elevation and depression. hello there. how are you? welcome back. did you know what we

Revision form 4 - . to get good marks in letter. use nice expressions and adverbs and adjectives use connectives e.g

6-4 Standard Form - . you will be learning 3 different forms (or formats) for writing linear equations. slope-intercept

The W-4 Form - . the w-4 form tells your employer the withholding rate for your pay. you must claim your filing status:

The W-4 Form - . virtual enterprise mr. hayes. what is a w-4?. this is a document you fill out for work. it lets your

Form 4 Spreadsheets Revision - . instructions: go through slides and complete all exercises. up to exercise 5. save it on

Physics Ch. 4, FORCES - . *force: an action exerted on an object that may change the object’s state of rest or motion.