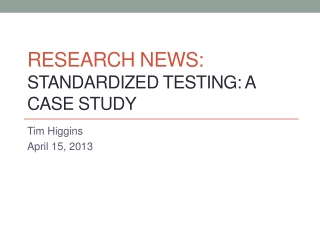 An Overview of Skills Diagnosis with an application to a Standardized Test - . an overview of skills

Standardized Test Practice 1 - Standardized test practice. 1. what is the acceleration of the car described by the graph