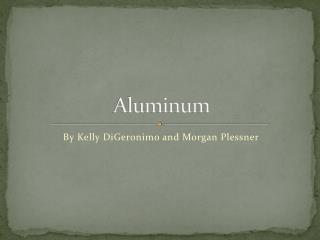 Aluminum - . done by: jonathan hsieh li-chen. what is aluminum?. it ’ s a metal its atomic number is 13 its accurate

Aluminum - . the element you really need to know all about. presenter: mr. kirby. aluminum: from the periodic table.

Aluminum - . thomas dawson. the discovery. aluminum was used by the ancient greeks and romans, however they never

Find Aluminum and Recycle Aluminum - There are rich resources of scrap aluminum for you to find, such as aluminum cans,

Aluminum Bleachers - A catalog of some of the aluminum bleachers offered by aluminumbleachers.com - all our bleachers are

Aluminum Flats - Hoskin & muir, inc. has the largest stock of decorative aluminum extrusions in the usa and excellent