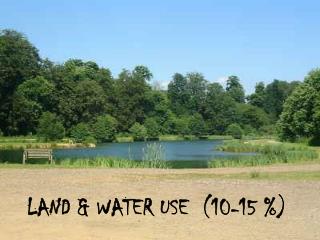 Stormwater Management: Making Sure Green Is Green - . critical link between land and water: two sides of the same coin.

Biomes - . biome. a large group of ecosystems that share the same type of climax community. 2 types of biomes.

Water Textbook 7.1 and 7.2B - . the hydrosphere is all of the waters on earth. water makes up ¾ of the earth’s