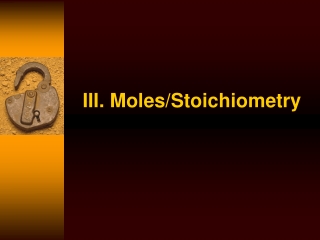 Avogadro's Number &amp; STP - . ics iii week 5. the mole. use the molar mass of an element or compound to convert

Conversions WS III - . answers. perform the following conversions. show all your work and include units in your answer!!.