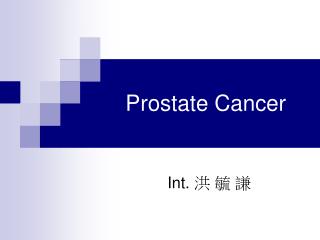 Cancer of the Skin - . rising incidence the precise relationship between skin cancer and the risk of internal malignancy

Breast Cancer, BRCA2 Gene - Breast cancer breast cancer specifically refers to a cancer that forms in tissues of the

Cancer Prevention - . you can make a difference in your own health. prevention department january 2011. discussion

9 Risk Factors for Prostate Cancer Men Should Not Ignore! - Prostate cancer, a very common disease in men, with the vast